We are honored and proud to congratulate our SPS alumni Ella Wrabley and Matthew Mell who are the Valedictorians of the 2021 Classes at OLSH and Bishop Canevin respectively. We recognize the hard work and sacrifice this achievement represents. We wish them, and all of SPS alumni in the classes of 2021, God’s blessings.

“For I know well the plans I have in mind for you … plans for your welfare and not for woe, so as to give you a future of hope. When you call me, and come and pray to me, I will listen to you. When you look for me, you will find me. Yes, when you seek me with all your heart, I will let you find me…and I will change your lot.” (Jeremiah 29:11-14)

The Lord bless you and keep you!
The Lord let his face shine upon you, and be gracious to you!
The Lord look upon you kindly and give you peace!(Numbers 6:24-26)

On Sunday April 10, the SPS third grade boys basketball team won the championship game against St Peter and Paul at the St Peter and Paul April Madness tournament. Playing on the championship team were Dylan Courtney, Tyler Courtney, Devin Hanna, Beckham Barr, Danny Proch, David Proch, Ryan Jula, and Wilder Sargent. Missing from the final game but integral in getting the team to the finals was Nathan Bittner. The boys were coached by DJ Courtney and John Jula. Congratulations on a great season! 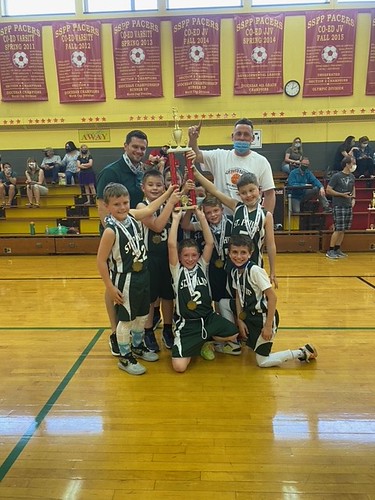 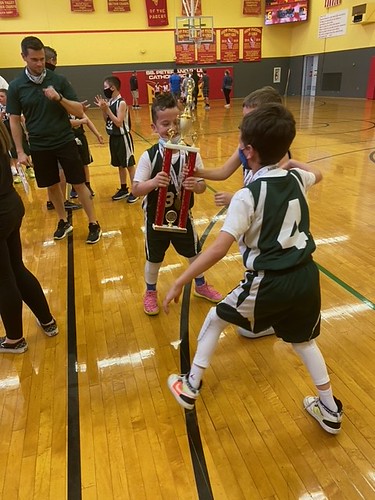 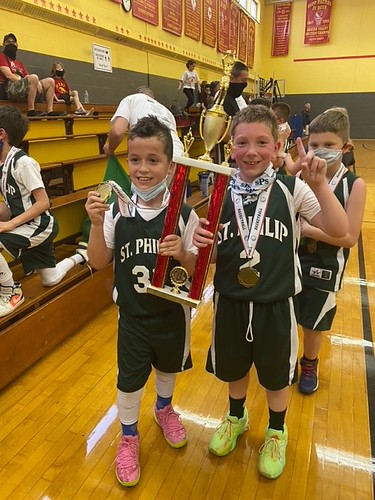 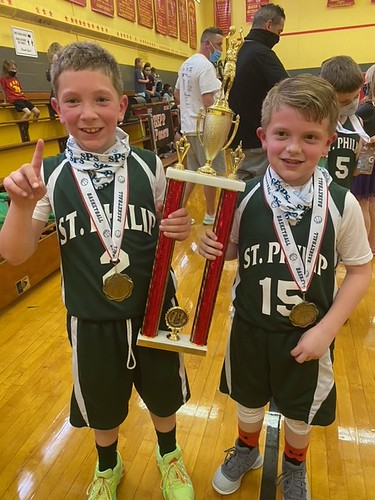 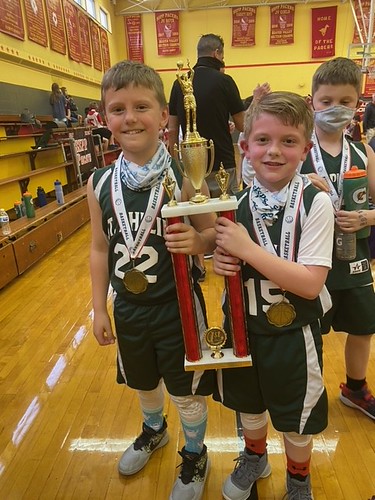 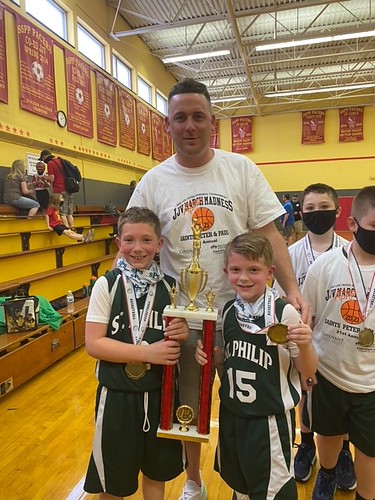 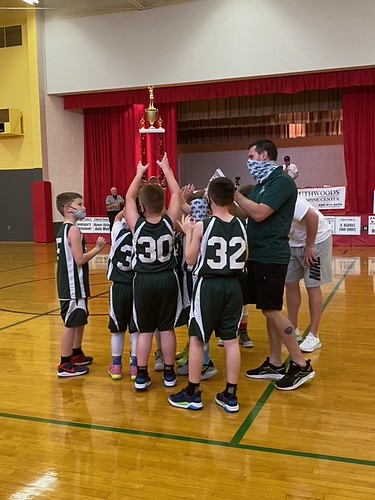 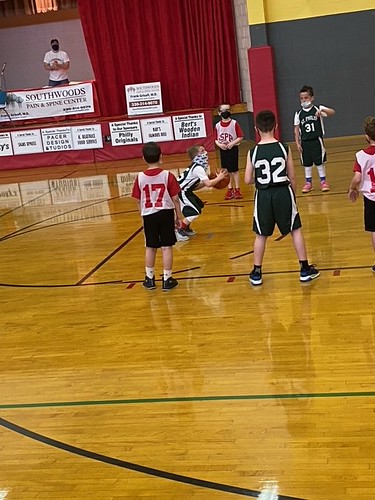 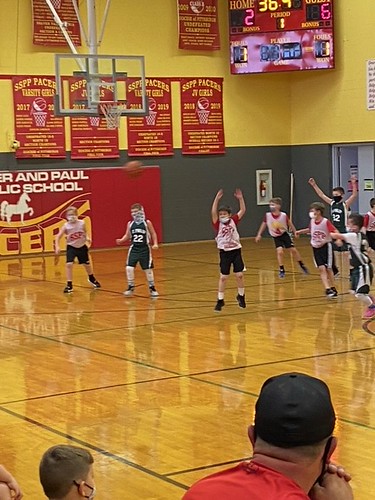 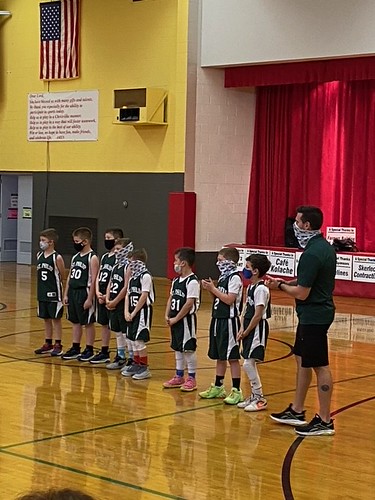 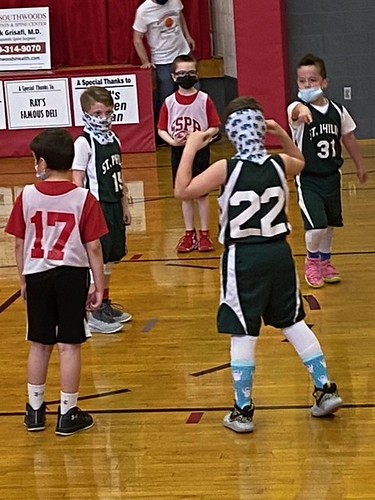 Congratulations to St Philip 8th grader Rachel McDevitt who has been named a Carson Scholar for 2021. These students will be  honored receive medals and scholarships of $1000. Rachel is among a group of over 4,200 students from around the country to be selected as a Carson Scholar. Academic achievements and community service make them stand out as future leaders.

St. Philip was proud to induct its newest members into the National Junior Honor Society on Feb. 8th 2021. While only in its second year, the St. Philip chapter of NJHS has been working hard to bring the accomplishments of outstanding students to the attention of parents, teachers, peers, and the community. Our chapter, and the more than 7,500 other chapters in schools across the nation, strives to give practical meaning to the Honor Society’s standards of scholarship, service, leadership, character, and citizenship. In order to be considered for candidacy, the student must first meet the following prerequisites :

Students must be enrolled in St. Philip school for at least one semester

Students must be in the 6th grade, 7th grade, or 8th grade

Students must have a cumulative GPA of 3.75

Students must participate in at least 2 after school activities

A high academic average in itself does not earn membership into the National Junior Honor Society. St. Philip and the National Junior Honor Society strive to recognize the total student- one who excels in all of these areas: scholarship, service, leadership, character, and citizenship. These values should be demonstrated by in school and out of school activities and verified by teacher observation.

Our newest members include:

Everett Sargent has been a student at St. Philip since preschool. He has always worked hard at his studies and his extracurricular activities, and achieved success in both areas. In 6th grade, he was inducted into St. Philip’s chapter of the National Junior Honor Society. Everett is a highest honor roll student, and has received the Principal’s Award for all As every quarter of his academic career at St. Philip. He is a member of Thinking Caps, and was a member of the America Bowl, the Science Bowl,  the Quiz Bowl, the History Bowl, and the Design Lives Here teams for St. Philip. In 7th grade, Everett spearheaded an alternative energy project for Powering Pittsburgh, and his team received first place in the Middle School Division, with one of the prizes received being a donation to SPS’s STEM program. Everett is also actively involved in St. Philip’s Forensics team, and its Newspaper, Robotics, and K’nex clubs. Everett volunteers at the Andrew Carnegie Free Library and Music Hall, and he is a frequent student reader during Mass. He enjoys reading, running, and hanging out with his friends during his free time.

In addition to his academic achievements, Everett is a multi-sport athlete, and part of St. Philip’s Varsity Cross Country, Soccer, Basketball, Track, and Boys’ Volleyball teams. Outside of St. Philip, Everett swims for the Carlynton Barracudas during the winter, and the Crafton Crocodiles in the summer. While he loves all the sports he plays, running is his favorite. Everett has been a member of St. Philip’s Cross Country team since 3rd grade. In 6th grade, Everett began placing among the top 10 finishers at area meets, and took 17th place at the Diocesan Cross Country Championships. In 7th grade, Everett continued to improve, began placing in the top 5 at area meets, and lead St. Philip’s varsity boys to a successful season. He finished 5th at Cross Championships that year.

This year, as an 8th grader in his final season as a member of St. Philip’s Cross Country team, Everett was undefeated, and won every regular season meet that he ran, and set a new course record on St. Philip’s home course, twice, at each of St. Phillip’s home meets. Mid-season, he won the South Hills Invitational, running only 20 seconds off the course record. At the Diocesan Cross Country Championships this year, Everett took first place in the Varsity Boys Division, running 9 seconds off the course record.

Everett also ran post-season cross country, endeavoring to qualify for the Junior Olympics. He qualified at the Regional Finals on November 14, 2020, winning the race and putting himself in contention to compete at the Junior Olympics. On December 13, 2020, wearing his St. Philip Cross Country jersey for the last time, Everett placed 15th at the U.S. Junior Olympic Cross Country Championships in Lexington, Kentucky, in his national running debut, finishing 15th in a crowded and competitive field against the fastest runners in his age group from across the United States.

Everett will represent St. Philip on its track team this spring, and wants to continue to run in high school and college. He is grateful to his Cross Country teammates and families for all of their support this year, and his coaches, teachers, and Principal Dougherty for giving him the resources and opportunity to compete, both academically and at sports. He would especially like to thank Mrs. Cathy Huth for her advice and support for Forensics and Thinking Caps. Everett would like to study materials science/chemical engineering in college.